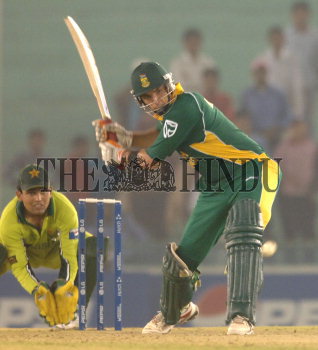 Caption : South Africa's Justin Kemp goes for a shot to the fence off Muhamad Hafeez as Pakistan's wicketKeeper Kamran Akmal looks on during the ICC Champions Trophy cricket match at the PCA Stadium in Mohali on October 27, 2006. Photo: S. Subramanium