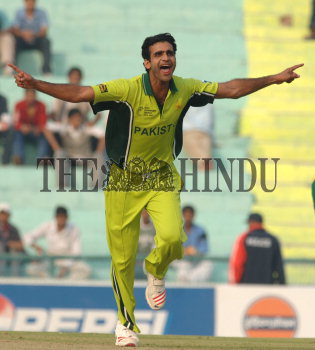 Caption : Paksitan bowler Rao Iftikhar celeberates after getting the wicket of Jacques Kallis in the ICC Champions Trophy cricket match between Pakistan and South Africa at the PCA Stadium in Mohali on October 27, 2006. Photo: S. Subramanium