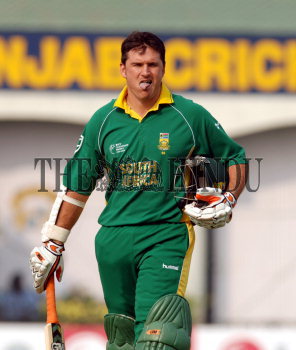 Caption : South African captain, Graeme Smith reacts as he walks back after being dismissed by Umar Gul during the ICC Champions Trophy cricket match between Pakistan and South Africa at the PCA Stadium in Mohali on October 27, 2006. Photo: S. Subramanium