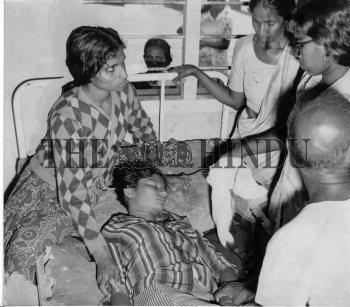 Caption : One of the 20 persons rescued after a countryboat tragedy in January 1982 in the Sasthamcottah lake, in the southern Indian State of Kerala, recovering at the Government dispensary, Sasthamcottah. PHOTO: THE HINDU ARCHIVES