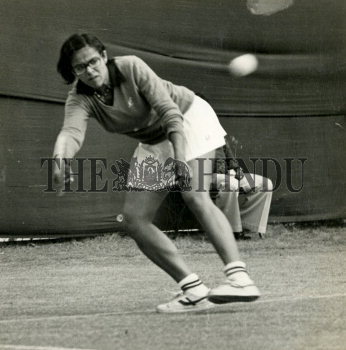 Caption : Anu Peshawaria of Delhi in action during the National Lawn Tennis Championship final against Namratha Appa Rao (not in picture) of Tamil Nadu, played at DLTA court in New Delhi on January 03, 1982. Anu seeded fourth won the contest. PHOTO: THE HINDU ARCHIVES