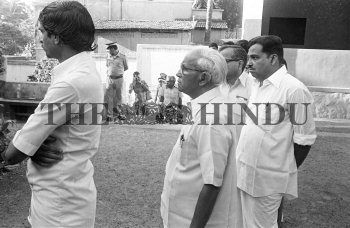 Caption : The CPI (M) General Secretary, Mr. E.M.S. Nambuthripad, waiting at a polling booth to cast his vote during the Assembly election in Trivandrum on March 23, 1987. PHOTO: THE HINDU ARCHIVES